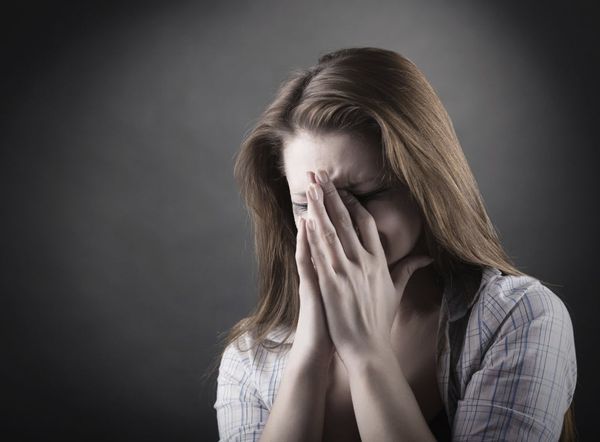 By Andrea Simakis, The Plain Dealer

According to the Ohio Domestic Violence Network, lives lost to domestic violence in Ohio this past year include women, children, men, pets, police and bystanders. (Artem Furman/APWire)

CLEVELAND, Ohio – Last Sunday night, a 25-year-old Cleveland woman called 9-1-1 and, through her screams, told the dispatcher she’d stabbed Joshua Noble in self-defense after he’d choked her. He was rushed to MetroHealth but died within an hour of the call. He was 33.

Police noted that an earring had been ripped from her left earlobe and a “slight redness” on her neck. The weapon was a kitchen knife. Because she had yet to be charged, I am not naming her.

Like the murder of Aisha Fraser in November, killed by her ex-husband Lance Mason who had savagely beaten her years before, experts say we should have seen this one coming.

According to police reports, about a week before Thanksgiving in 2016, Joshua dragged the mother of his children from a house in Brook Park at gunpoint where she’d been staying with their daughters, ages 4 years and 6 months, after a split.

Joshua pounded on the front door, demanding to see her. People inside told him to go away, but he kept on coming, breaking the door and forcing his way in with a Colt .380.

With his little girls nearby, he pointed the gun in the face of the boyfriend of a woman who lived there. Witnesses say he smelled strongly of booze.

Joshua grabbed her and hustled her outside. He only let her go when he realized someone had called the cops.

A charge of domestic violence – a misdemeanor – was dropped as part of a plea deal.

The felony burglary charge stuck, as did aggravated menacing and child endangering, both misdemeanors. Judge Joseph Russo gave him probation, with three months of home detention, an ankle bracelet to monitor his movements and work privileges. A $1,000 fine was suspended.

“Probation,” the judge wrote in the court record, “. . . will not demean the seriousness of the offense.”

But of course it did.

“Tell me who walks into a bank and holds a gun on people and walks out with probation?” asks Nancy Grigsby, director of the Ohio Domestic Violence Network’s Legal Assistance Program. “Nobody does! What we’re saying is, when you do this to women and when you do this your family, it’s a different crime for some reason.

“Courts set community norms,” she continues. “And they tell everybody – the kids in that house, the survivor and the perpetrator – what is normal and acceptable in Cleveland.”

Light sentences tell abusers that nothing they’ve done is so terrible to merit imprisonment – or even a fine.

Most of the time, it’s women who wind up dead at the hands of their batterers.

Of 91 domestic violence fatalities in Ohio from July 1, 2017 to June 30, 2018, 42 were women killed by abusive men. Three more female victims were also tracked – two girls, aged 4 and 1 — and the adult step-daughter of a batterer who got in the way.

Three cops lost their lives in the same year, trying to help.

Twenty-two batterers killed themselves. A handful of others were killed by those coming to a woman’s aid

Five of the dead men were killed by women the Ohio Domestic Violence Network’s Family Systems Advocacy Director Jo Simonsen believes were likely acting in self-defense. One woman was not charged. The rest are awaiting trial or have been sentenced to long prison terms, including a teen in Lima who claimed she’d killed her sex trafficker. She’s doing 10 years. A Cleveland woman got 18 years to life.

In a sixth case, a 17-year-old boy claimed he was fending off a lethal attack and protecting his mother and brother when he shot his step-father, a man with a documented history of domestic violence and assault convictions. He’s facing trial as an adult for murder.

When asked about delivering what amounts to a wrist slap to Noble in 2016, Darren Toms, a spokesman for the court, responded that Noble was “a low-level offender” and that “victims in 2016 requested that he not be given prison time.”

As experts will tell you, women in abusive relationships often balk when it comes to punishing their mates, and Joshua’s ex-girlfriend was no different. After telling police on the scene she “feared for her life” and the lives of her kids, weeks later, she wrote a statement to the court saying that she’d provoked him. He’d made a bad decision. No one was hurt. It was just a misunderstanding. . .

Putting the onus for prosecution on a vulnerable victim is a misguided idea, says Grigsby.

“The criminal justice system has an independent authority and responsibility to respond to crime, manage crime and reduce crime.”

If a bank teller says she thinks we should go easy on the guy who tried to rob her, we don’t send him home with an ankle bracelet and call it a day.

Four years before he killed her, Lance Mason shattered Aisha’s Fraser’s face, bit and strangled her in front of their two girls.

When police arrested him, they found weapons, including assault rifles and a bullet proof vest.

Sentenced to two years in prison, he was out in nine months.

“One hundred people a year are dying in Ohio and in almost all of those cases, there were opportunities that were missed,” says Grigsby.

If we do nothing, we leave battered women with little choice: Kill or be killed. That’s not justice. That’s a tragedy.