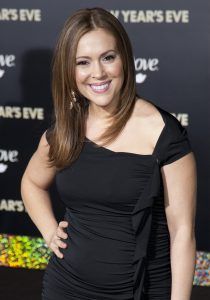 The spirit of Wednesday’s Woman is what drives the women’s movement, ending gender-based violence, and ensuring that we continue forward!

As the film and television industry boomed in the 1950s women were among the stars born and made famous in Hollywood! Women such as Marilyn Monroe, Doris Day, Shirley MacLaine, and Audrey Hepburn were among many women who were famous for their wit, humor, general acting ability, and “sex-appeal.”

What did the women of Hollywood endure to be competitive in this industry?

Within 24 hours of the initial Tweet by Milano on October 17th over 500,000 comments were made on Twitter and 4.7 million people in 12 million posts during the first 24 hours on Facebook! The magnitude of the problem can now be measured in tweets, posts, likes, and shares.

In 2006, Tarana Burke, a social activist and community organizer, began using the phrase “Me Too” on the Myspace social network as part of a campaign to promote “empowerment through empathy” among women of color who have experienced sexual abuse, particularly within underprivileged communities. Burke said she was inspired to use the phrase after being unable to respond to a 13-year-old girl who confided to her that she had been sexually assaulted. Burke later wished she had simply told the girl, “me too”.

This week’s Wednesday’s Woman is Alyssa Milano for reminding us to speak up, share our voices, and remember that we are not alone! Women have a common experience and as sisters remind each other that we, women, are worth more and we will not be silent!